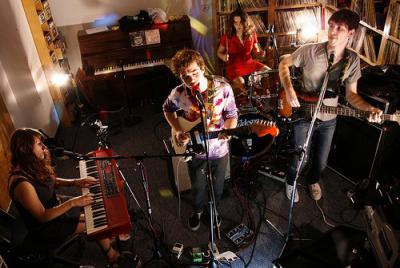 Это интересно: Avi Buffalo is an indie-pop band based in Long Beach, California. Their self-titled debut album was released on the 27th of April, 2010. Critical reviews of the album earned it a score of 82 out of 100 on Metacritic, categorizing it as having received "universal acclaim". The album's first single is "What's In It For", which has been described as Shins-esque. The band performed at SXSW the same year, and was scheduled to open for Modest Mouse in July. As of May 2010, the band is touring Europe, and will tour North America later in the year.
Альбомы исполнителя «Avi Buffalo»: